A video series that illustrates how different local government agencies can come together to develop and implement an adaption plan for sea level rise flooding due to climate change. 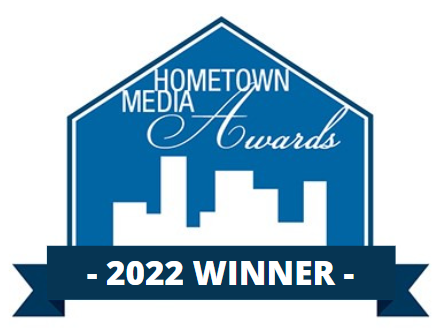 The awards program was established to honor and promote community media, community radio, and local cable programs that are distributed on Public, Educational and Governmental (PEG) access cable television channels.  Proceeds go to the ACM Foundation which is exclusively used for facilitating, preserving and promoting education in community media.

Each year, nearly one thousand entries are submitted. These entries, or programs, are submitted and evaluated on several factors resulting in over 100 award winners. A panel of judges from the industry evaluate the entries. Awards are presented to the most creative programs that address community needs, develop diverse community involvement, challenge conventional commercial television formats and move viewers to experience television in a different way.

I went downtown the morning of  1/7/22, not knowing what to expect.
The City of Olympia and DES were ready.
High tide was about 9:45 am.
There was little flooding from the bay around Percival Landing.
But the high tide prevented the lake from draining.
The snow melt and the accumulated rain, overwhelmed the lake, inundating the trails.

This flooding will become more severe unless preventative actions are implemented. The flooding potentially affects over 118,000 residents of Thurston County, Washington with regard to wastewater treatment, local government services, emergency services, port of Olympia, businesses, recreation amenities and services.

A collaboration of local agencies has developed an action plan for adaptation to this disruptive threat.

This 8 part video series will inform, educate and engage the local community about these complex issues.

This episode examines the primary Assets & Risks located in downtown Olympia that are at risk during tidewater flooding events.

This episode examines the primary areas of focus in downtown Olympia that are at risk during tidewater flooding events.The areas are City of Olympia near Capitol Lake and the Budd Inlet Treatment Plant

This episode examines the primary areas of focus in downtown Olympia that are at risk during tidewater flooding events.The areas are Capitol Lake and the Port of Olympia.

6th in a series of 8 episodes